A Guide Book of Camel Surgery

A Guide Book of Camel Surgery 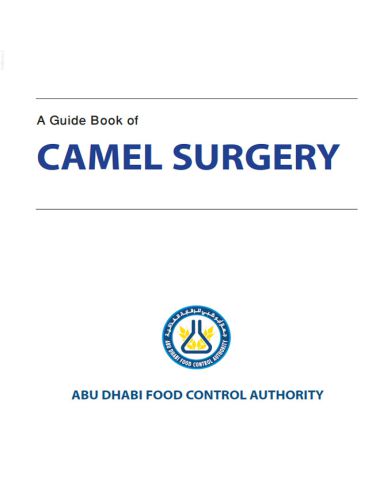 Due to the scarcity of books on camel surgery, it was a need of the time to compile a reference book encompassing elective and some most commonly performed surgical procedures in this animal. Therefore, an attempt has been made to undertake this task which might be helpful for the veterinary students in general and the newcomers entering this field in particular. We don’t claim it to be a standard book, but hopefully it will be a good contribution to the literature already existing on this topic. Had we strived for perfection, this book would have never been completed. Being a guide book, it has been designed to be brief and every surgical procedure included in it has been explained stepwise and documented with the original photographs taken pre, intra and postoperatively except in a few instances where the photographs either could not be taken due to non–availability of the case, the camera facility or where the hand made sketches would better explain the procedure. The quality of some of the photographs may not be up to the mark, for which the authors seek excuse.

This book represents only the first step of what will be a continuous process of scientific work to achieve a still better understanding of surgical manipulations on this wonderful animal. Most of the techniques presented in this book can be performed without a fully equipped operation theater; rather some of them may even be performed under the field conditions. The methodologies given in this book are based on our practical experience of camel surgery spread over 10 years in the state of Abu Dhabi, United Arab Emirates; which has given us promising results. That is why the references have not been quoted in the text; rather a list of suggested readings has been given at the end of each chapter for further information and comparative evaluation. The steps given in the surgical techniques; however, are in no way final and some of the surgical procedures may be very similar to the ones described by the other workers. The purpose of this book is to give guidelines only rather than to lay down hard and fast rules. Some practitioners may perform certain techniques in slightly different ways with equally good results.

The selection of anesthesia, suture material, suture types, cover of antibiotics and the use of other necessary medicines has been referred to in the course of discussion but has mainly been left on the discretion of the individual performing the procedure in his / her particular environment and the available facilities. The operator is always the best judge to decide his preferences.

Different techniques of restraint and anesthesia have been covered in a separate chapter to avoid their repetition for every surgical procedure. Hence, only the recommendations regarding the most suitable technique for restraint and anesthesia for the surgical procedure in question are given in the text. Similarly, the general account about preparation of the surgery site is given in the section of presurgical considerations and hence, is not described separately for each topic.

Next Post
Veterinary Technicians and Assistants: A Practical Career Guide