Previous Post
Handbook of Calf Health and Management: A Guide to Best Practice Care for Calves 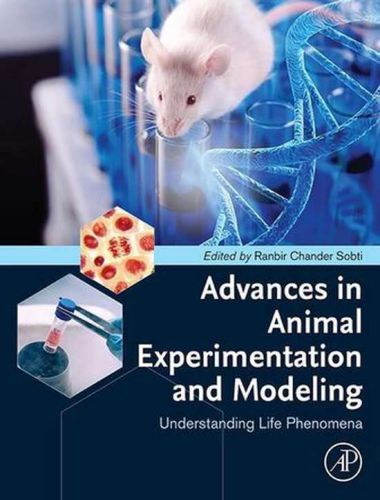 The newer technologies of cell culture, molecular biology, genomics, proteomics, transcriptomics, immunology, trans-genesis, stem cell research, and tissue engineering have transformed animal sciences research. The insight thus obtained about various phenomena is providing translational opportunities for the welfare of humanity. Today we talk in terms of integrative science wherein different disciplines, including computational and structural biology, helping to unravel various phenomena of life using animal models, besides the use of in vitro systems.

The techniques of genomics, including sequencing, have helped determine phylogeny and evolution of species, besides understanding the origin and evolution of various phenomena, such as parasitism, observed in animals. The creation of gene banks has made it possible to conserve the endangered species and bring back the extinct ones to life. The stem cell and tissue engineering techniques are revolutionizing regenerative medicine.

Animal models are the developed and applied for primary and biomedical research. The advent of transgenic and knock-out technologies and generation of humanized animals has opened up exciting possibilities. The establishment of in vitro systems is vigorously used in pharmacology and toxicology.

Most of the pilot studies and clinical trials are conducted on animals, including nude and knock-out animals. In accordance with the efficacy of these studies, they are further taken up for human trials. Using animals in experiments is critical because such complexity cannot be replicated in cell culture or nonliving systems. For example, toxicity can be influenced by several factors such as the degree and dose of the laboratory’s substance and experimental conditions. Laboratory tools simply cannot replicate these complicated phenomena; therefore animal testing is the best method to detect various effects. Advances in Animal Health, Medicine and Production

As mentioned above, we are in the era of integrated research in science, which largely depends on data generated from basic animal science disciplines called fundamental research. It works hand in glove with applied research. There is a dire need to understand human animal interaction and animal biology, which is inclusive of—but not limited to—animal physiology, health, behavior, and genetics, as the knowledge about the ecosystems in which we live is critical.