Animal Biotechnology 1: Reproductive Biotechnologies, This book is designed to provide the reader with the information needed to fully appreciate what is being achieved through the exciting advances in research and application of animal biotechnology with specific focus on the key developments in reproductive and molecular biology that underpin these advances. 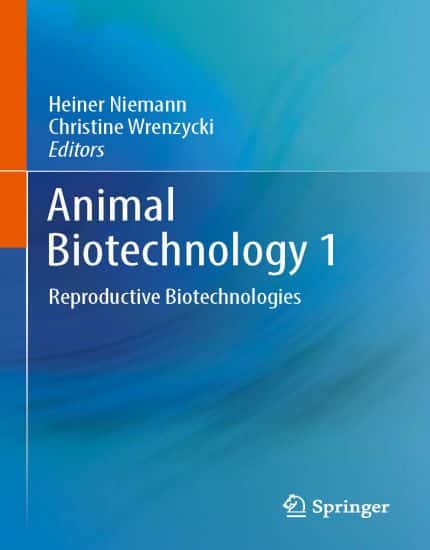 The domestication of farm animals was a seminal advance that laid the foundation stone for agriculture as it is known today. Compelling evidence is now available that the domestication process started about 10–15,000 years ago at various locations in the world. Choice of breeding stock was initially made by visual selection for specific phenotypes and/or traits, science-based selection only emerging in the sixteenth to nineteenth century with the advance in statistical and genetic knowledge. Progress in selection and propagation of superior genotypes by conventional breeding practices was glacially slow and remained so until the introduction of assisted reproductive technologies (ART), most notably artificial insemination (AI), in the first half of the twentieth century. Artificial insemination remains the most widely used of these technologies and has and continues to play a central role in the dissemination of valuable male genetics around the globe.

However, experience has revealed that translation of these developments into product is not straight-forward; their transformative potential raising many expected and unexpected ethical and legal questions that have already sparked a heated public debate, much of it ill-informed.

The book also seeks to address the major issues of concern raised by the public in relation to the social impact of these new methodologies together with the many legal and ethical aspects emerging from this. Gaining a broader public understanding and acceptance of animal biotechnology is seen by the authors as critical to the full realization of the potential of the remarkable scientific advances to address the challenges to food security raised by the ever-accelerating growth in human demand within the production constraints imposed by the diminishing availability of arable land and climate change.

The editors trust that a better appreciation of these technologies and their potential, when applied responsibly, to combat the looming agricultural challenges faced by mankind, will enhance rational debate on these issues.

An Atlas of Veterinary Surgery By John Hickman