Animal Invaders Monitor Lizard By Barbara A. Somervill, Monitor lizards are fearsome predators that were spread around the world by people who wanted to keep them as pets. 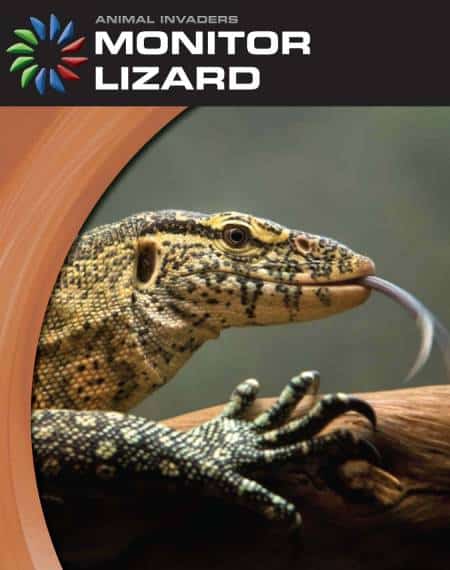 Books in the Animal Invaders series spotlight species introduced to new habitats where, with few natural predators or none at all, they have upset the ecological balance. Each five-chapter book follows the same template: an introduction to the problems caused by the invasive species, a discussion of its physical characteristics and habits, a history of how it arrived in its new habitat, and an analysis of challenges encountered by those trying to limit its spread. Monitor Lizard describes the threat posed by these aggressive 7-foot reptiles, sold as babies by pet vendors and now loose in Florida.

While short sentences make the texts a bit choppy, these well-focused books are clearly written. The uncluttered page design features at least one color photo on each spread. Back matter includes a glossary, brief lists of books and Web sites, and a two-page global map showing the species’ range in its native region as well as its new habitat. Useful additions to a continuing series in the 21st Century Skills Library. Grades 5-8. –Carolyn Phelan. Now these ferocious hunters are major pests, raiding chicken farms and harming endangered species.

The Animal Invaders series provides a global look at animals that have spread beyond their native habitats and taken over new territory. Readers will practice critical thinking and problem solving skills as they learn about the challenges these invasive species pose and what is being done to stop their spread. Other titles in the series include: