Animal Welfare and International Trade Law, The Impact of the WTO Seal Case

Animal Welfare and International Trade Law, The Impact of the WTO Seal Case 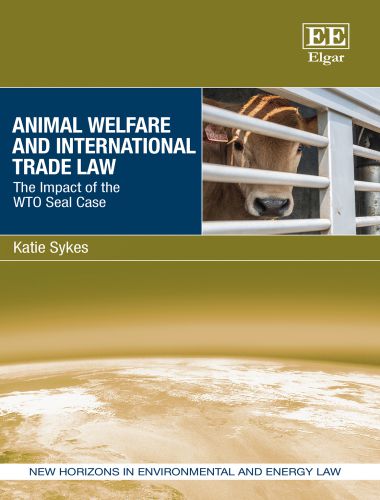 This thought-provoking book examines the rise of animal welfare as a serious policy concern in the international trade law regime. The central focus is an in-depth study of the background and legal analysis of the landmark EC – Seal Products case, which confirmed the importance of animal welfare in WTO law. The book explores how the WTO handled the relationship between trade disciplines and animal welfare, including the particularly challenging questions around Indigenous seal hunting rights.

Katie Sykes argues that international trade law has made a significant contribution to global animal law. This is a notable development, considering that the WTO has long been seen as a threat to animal welfare. The book traces the evolution of animal welfare in the trade regime, the growth of global animal law, and the potential for new trade agreements to promote international cooperation on animal welfare. It offers a detailed account of animal welfare and animal conservation commitments in new trade agreements, as well as mechanisms for enforcement, cooperation, and citizen participation. Animal Welfare in a Changing World

Animal Welfare and International Trade Law will be a key resource for scholars and students of global animal law, international trade law, and trade and the environment. It will also prove valuable for legal practitioners, activists, advocates, and policymakers interested in how trade law tools can be used to improve international animal welfare standards.

Next Post
Breeder Signals, A Practical Guide to Optimal Management of Broiler Breeders