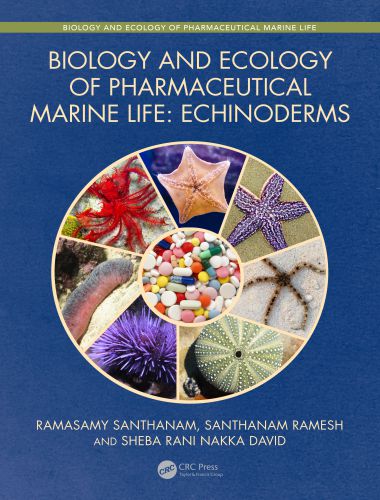 Throughout the ages, natural products have always been the mainstay of disease therapy and are still considered to play an important role in modern medicine. In this regard, marine organisms are considered as treasures that remain a relatively unexplored source for novel bioactive compounds.

The marine environment, which is extremely complex with immense biodiversity, is an enormous source of marine natural products (bioactive compounds or secondary metabolites) with potential therapeutic properties. The upsurge of interest during the last decade in the ocean as a potential source of bioactive compounds and new drugs has stimulated a flurry of activity in the research lab-oratories and clinics throughout the world.

Among the marine invertebrates, the importance of echinoderms as a promising source of bioactive compounds for development of pharmaceuticals and potential therapeutic applications has been growing rapidly. Numerous new natural compounds have now been isolated from these echinoderms with interesting pharmaceutical activities.

The bioactive compounds derived from echinoderms are compounds of interest showing an extensive application in the treatment of many diseases. These compounds, which can be subdivided into six major chemical classes, namely, polyketides, terpenes, peptides, alkaloids, shikimates, and sugars have shown several biological properties, such as anti-bacterial, anticoagulant, antifungal, antimalarial, antiprotozoal, antituberculosis, anti- inflammatory, antitumour, anti-HIV, and antiviral activities.

A new drug, histochrome, isolated from the pigment cells of sea urchins, presents cardiological and ophthalmological activity. Further, the sea urchin Arbacia lixula is a new source of the active stereoisomer of astaxanthin, which is known to have particular bioactivity for the prevention of neurodegenerative diseases. The sea cucumber is also valued as a disease preventive and longevity tonic. It has been listed as a medicinal agent in the Bencao Congxin (New Compilation of Materia Medica).

Though a few books are presently available on marine natural products, a comprehensive book on the biology and ecology of pharmaceutical echinoderms has not so far been published. This publication, the first of its kind, with contributions from scientists in both the marine biology and pharmacy disciplines, fills this long-felt need.

The taxonomy, common name, global distribution, habitat, diagnostic features and pharmaceutical compounds (along with their activities) of 215 species of echinoderms are given with suitable illustrations. It is hoped that the present publication, when brought out, will be of great use as a standard reference for researchers, teachers and students of various disciplines such as marine biology, pharmacy, fisheries science, biochemistry and bio-technology; libraries of colleges, universities and institutions; and as a valuable guide for pharmaceutical companies involved in the development of new drugs from echinoderms.