Feline infectious peritonitis (FIP) has prolonged sustained a fatal label, but according to best feline researchers and clinicians at the Winn Feline Foundation’s recently held FIP symposium at the University of California-Davis. the condition should dissipate its deadly mark.

Niels Pedersen, DVM, Ph.D., professor emeritus at the UC Davis School of Veterinary Medicine, opened a roundtable conversation on the issue of treatment decisions by describing the two primary ways to treating FIP: You can either excite the host’s immune system to acquire relieved of the virus, or you can hit the virus itself. The second section consists of both nonspecific and specific antivirals. Nonspecific antivirals include common drugs like itraconazole, an antifungal with antiviral properties. 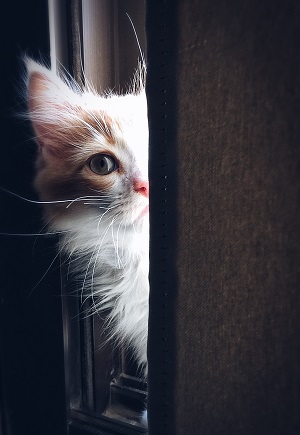 The difficulty with these medications, says Dr. Pedersen, is that you must deliver toxic quantities in order to get complete antiviral action to restrain the virus. In other words, you destroy the host cat’s cells along with the virus. Specific antivirals, on the other hand, hold more hope for the fate of FIP therapy.

According to Dr. Pedersen, specific antivirals are minute, easily absorbed molecules that target viral proteins without creating meaningful injury to the host’s cells. Two of these specific antiviral composites, GC376 and GS-441524, have shown effectiveness in tackling FIP, though neither medicine has yet been given FDA approval.

The rights for GC376, Dr. Pedersen quickly told, were acquired by Anivive Lifesciences, which has started the long process of getting FDA approval for the therapy of cats with FIP. He saw that while he does think it’s a hopeful drug, it’s not without some difficulties (as evidenced by his 2018 research findings).

The future of GS-441524 is a little more difficult. Dr. Pedersen told me that he was manipulated by Gilead Sciences around the time it was founded and that while operating on the human immunodeficiency virus (HIV) and simian immunodeficiency virus (SIV), he saw that Gilead would make many repetitions of the same drug compound. So after some encouraging experiences with GC376 and after discovering that Gilead was working on a medication for the potential therapy of Ebola (an RNA virus and a distant relative of the coronavirus), Dr. Pedersen reached out to Gilead to see if he could gain a way to the medication and its repetitions.

It demanded a year to sort out all of the circumstances, but Dr. Pedersen finally got the compounds, selected them, and landed on GS-441524. He and his partners conducted pharmacokinetic investigations and researched the compound’s effectiveness and protection against experimental FIP, exposing it to be highly effective. They also declared encouraging results from a field analysis.

“And essentially,” described Dr. Pedersen, “all through this method we were led to believe that if there was something of interest to animals, there would be a possibility to be given animal rights—maybe not to us, but to somebody else.”

After the field trial, Dr. Pedersen put the ball in Gilead’s court: “At that point, we said, ‘Where’s this going? We haven’t had a strong contract with you concerning animal rights.’”

Gilead came back with some unexpected news. “They let us know that we (or anyone else) wouldn’t be granted animal rights for this compound because they’d seen in the meantime that the compound was looking very hopeful for their Ebola research—the related compound in a somewhat modified manner,” Dr. Pedersen explained. “They were troubled something would happen in the animal gain side that would harm their ability to get the human form FDA approval. Anything you see in any animal species has to be reported to the FDA, so if we were to see something wrong in cats, it could simply poison the human side of it.”

Despite these restrictions, the overall mood in the room was positive. Brian Murphy, DVM, Ph.D., associate professor of microbiology and immunobiology at the UC Davis School of Veterinary Medicine, summed it up this way: “This is a treatable condition. We will correct this disease. We basically have the treatment now. It’s a matter of finding the exact right drug and sequence and making it possible at an affordable cost.” Feline infectious peritonitis is now a treatable disease.