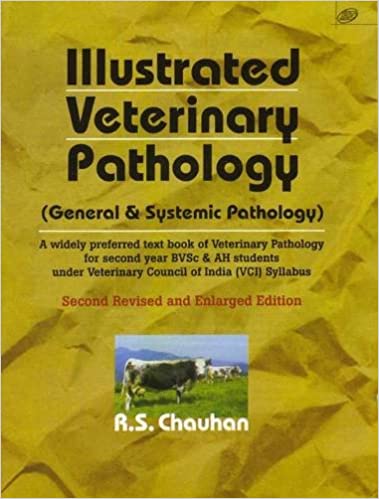 Since the first edition of this book “Illustrated Veterinary Pathology” exhausted, I received messages in the form of letters, phones, SMSs, etc. from the students of BVSc&AH, from different parts of the country to bring out its second edition and make it available to the students. During last 4 years various suggestions and appre­ciations were also received about the book.

Illustrated Veterinary Pathology: General and Systemic Pathology book has been revised as per the need of its readers. Differential features of various Pathologi­cal conditions are given to present in an easily understandable form. Various chapters are updated with some new photographs. The latest classification of viruses has been incorporated in the chapter ‘Etiology’. Students of Veterinary Pathology will find it suit­able for their study and to prepare for competitive examinations like ICAR, NET, ASRB, etc. Feedback received from the readers is given due care while preparing second edition of the book and most of the suggestions are incorporated. Cost of Producing a Chick: Complete Calculation

In my opinion, it will become were useful to not only the students but also to the teachers, field veterinarians and diagnosticians. I must extend thanks to all those who helped me in this meticulous task.