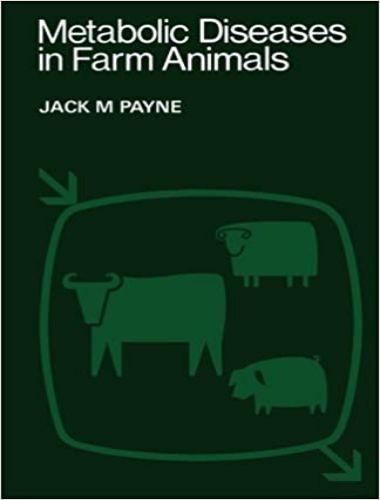 This book is written for the practising veterinary surgeon and also for veterinary students who need an up-to-date text on metabolic disorders. It may also be helpful for progressive farmers, agriculturists and agricultural students who seek an account of the metabolic problems likely to occur in farm animals under modern husbandry systems.

The intention has been to provide a simple guide to the interrelationships between nutrition, physiology and metabolic disorders. Metabolic Diseases in Farm Animals chapters contain a series of reviews summarising the present state of our knowledge and citing key references for further reading, especial attention being given to work which has been published in the last five years. Thus, research scientists may find the book of help as an introduction to modern concepts in the subject area of production disease.

Metabolic disorders are popular subjects for conferences, meetings of veterinary societies and farmers clubs etc. There are many reasons why this should be so. Perhaps most important is that as intensification and production levels increase so too do the problems of metabolic disorders. Also the subject has the advantage of linking specialist areas together – in other words it is a practical meeting ground for all interested in animal production.

There can be few lectures on metabolic disorders which are not followed by vigorous discussion simply because of the subject’s general interest. Perhaps this has been one of the main features prompting the writing of this book. It represents an attempt to cover the main points which have been repeatedly brought out in open discussion. Hopefully it will serve as a starting point or baseline from which further discussion may progress.

The book Metabolic Diseases in Farm Animals has been divided into a series of chapters. After an introduction to define and illustrate general concepts each chapter is devoted to a major metabolic system such as water, calcium and phosphorus, magnesium, nitrogen, and carbohydrate metabolism. This artificial division has been made for the sake of simplicity, but as the final chapter points out the whole sequence is interrelated. This is emphasised by the Appendix which serves as a summary review of the whole book.

Care has been taken to preserve a narrative style by avoiding the use of charts to describe metabolic pathways in the belief that this will improve continuity and appreciation of the general concepts. Line diagrams can be consulted in the original references. Photographic illustrations have also been omitted because they could not possibly help in the demonstration of clinical signs – most would depict a comatose cow or a sick calf which are sights familiar to all practising veterinary surgeons and farmers. Password: pdflibrary.net