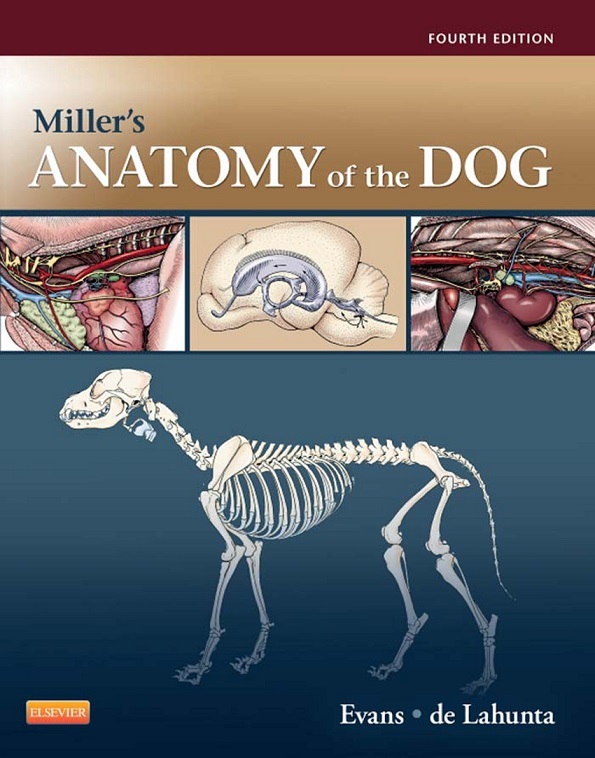 Throughout the text, the intent is to describe and illustrate the specific morphology of the dog, with reference to older literature. Although there are many similarities between species, it is often surprising how different anatomical specifics can be. What is a functional structure in one may be only a vestige or absent in another, and care is required when extrapolating to other species.

This fourth edition is the first fully colorized version and it required removal of all former labels (which were made with LeRoy stencils) and dotted lead-lines. Some of these illustrations have appeared in the seventh edition of Guide to the Dissection of the Dog (2010 Elsevier/Saunders) by Evans and de Lahunta.

The terms used for structures of the body are numerous, and in the course of medical history about 50,000 names have been given to some 5,000 structures. This has led to considerable ambiguity.

The history of anatomical terminology shows gradual regional changes from the Arabic, to the Greek of Hippocrates, Aristotle and Galen, to the Latin of Vesalius, Fallopius, Eustachius, Fabricius, and Malphighi, when the center of medical education shifted to Italy. Some Arabic terms, such as “saphena” and “nucha,” remain, as do several Greek terms, some with Latin endings. Each country often used different endings for Latin terms, and later vernacular terms made the medical vocabulary unusable internationally. (For example, the hypophysis, or pituitary gland, had at least 30 names in Greek, Latin, German, French, and English.)