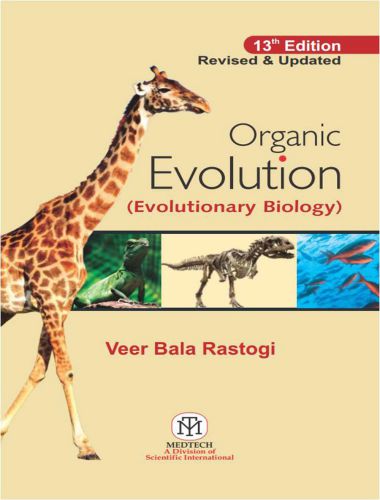 As a result evolutionists have acquired new tools and concepts for investigating evolutionary processes. Due to rapid progress made in the field of molecular biology, many unexpected and revealing discoveries have already emerged. Further molecular studies will certainly modify the paradigm of evolution as we now understand it although the extent of change remains to be determined. Nutrition and Feeding of Organic Poultry 2nd Edition

So , why did I write a book about evolution? Because, while teaching evolution, I observed that a lot of young students are confused about exactly what evolution is, what it does , how it works, and why it is important. This book will help all such readers to everything out. The content of the book is meant to reflect a wide range of evolutionary principles and to offer examples showing how evolutionary forces work and have worked in past to give us such a colourful and varied world. The text is intended to help the students develop a large number of ideas or centres of interest of his own concerning evolution.

Topics on Variation and Gene Mutations which form the necessary substrate for natural selection are dealt in a simple and understandable form. Next two chapters deal with chromosomal changes. Chromosomal aberrations include changes in the arrangement of genes in a chromosome and variations in the chromosome number. Both types of chromosomal variations advocate that no two organisms or parts of organism are precisely alike because variations influence the characters of individuals.  Next chapter is on Isolation which deals with isolating mechanisms that split the species populations into separate groups and their evolution into distinct species.