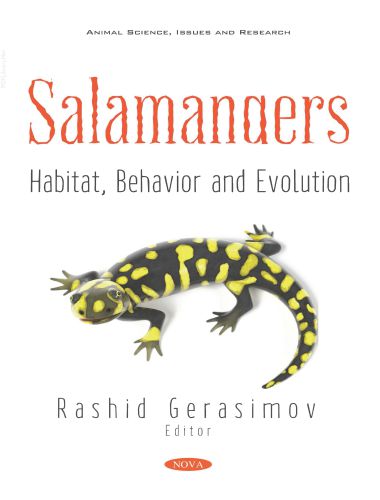 In Waterton Lakes National Park, located in southwest Alberta, Canada, under-road crossing structures were installed in 2008 to protect a population of long-toed salamander (Ambystoma macrodactylum) at Linnet Lake from mortality during breeding migrations that intersected with the park’s entrance road.

This compilation first investigates orientation and movement patterns of marked individuals at Linnet Lake in 2013 and 2014, and at a smaller, shallower wetland Stable Pond in 2014 to document in detail how long-toed salamanders used the terrestrial landscape around breeding sites during adult migration and juvenile dispersal.

Following this, the authors use generalized linear models to model salamander occurrence and abundance in the Beaver Hills region of north-central Alberta as a function of land cover type and pocket gopher density.
The authors go on to address whether any ecological barriers exist in the distribution range of the two newt species N. strauchii and N. crocatus. According to the findings of this study, an identity test was found to be significantly different from the null distribution, whereas a background test was not significantly different from the null distribution. South Asian Mammals: Their Diversity, Distribution, and Status 1st Edition

The concluding chapter summarizes the processes by which light is converted into neural signals by rods and cones and then transmitted to downstream neurons in the retina, with a focus on salamander photoreceptors. The different types of photoreceptor cells and other light-sensitive cells in salamanders and their role in vision are also discussed.