Salmonella in Domestic Animals, Professor Buxton pointed out ‘salmonella are a large group of bacteria, which does not recognise international frontiers, shows little host speciﬁcity and from which there seems to be derived an ever increasing list of antigenic combinations by which these organisms are classiﬁed’. 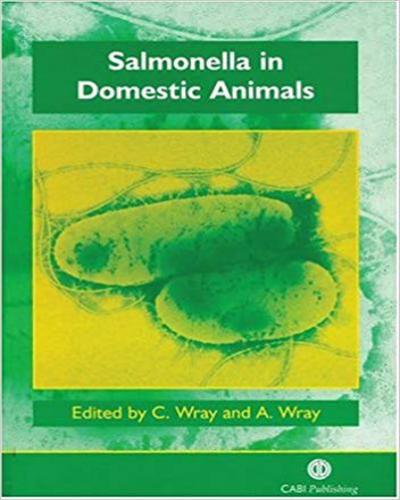 Since the publication of this book, the situation has gradually worsened and the prevalence of Salmonella infection has increased markedly in both humans and domestic animals. There are many factors for this increase, including the rapid changes in animal husbandry and production that have taken place. In the UK, the number of farms has decreased, as has the number of farm-workers; at the same time, the number of animals on the farm has increased through the adoption of intensive systems of animal production.

To feed the increased number of farm animals, protein and vegetable by-products are imported on a large scale, which has resulted in widespread international outbreaks of salmonellosis in animals and subsequently humans, e.g. S. agona.

These developments have been accompanied by marked changes in food distribution and the eating habits of the human population; chicken is now the cheapest source of animal protein in Western Europe and North America.

Some Salmonella serovars are host-adapted; thus S. choleraesuis is associated with pigs. The reasons for the host adaptation are largely unknown. In contrast, S. typhimurium may infect most animal species. Infection is primarily by ingestion of the organism and large doses of Salmonella are usually required to cause experimental infections; yet epidemiological evidence suggests that the infective dose must be much smaller. Although Salmonella may multiply in the small intestine, disease is not an inevitable con-sequence, and most infections in pigs and poultry are asymptomatic.