The Welfare of Cattle

The Welfare of Cattle, Animal welfare is attracting increasing interest worldwide, but particularly from those in developed countries, who now have the knowledge and resources to be able to offer the best management systems for their farm animals, as well as potentially being able to offer plentiful resources for companion, zoo and laboratory animals.

The Welfare of Cattle 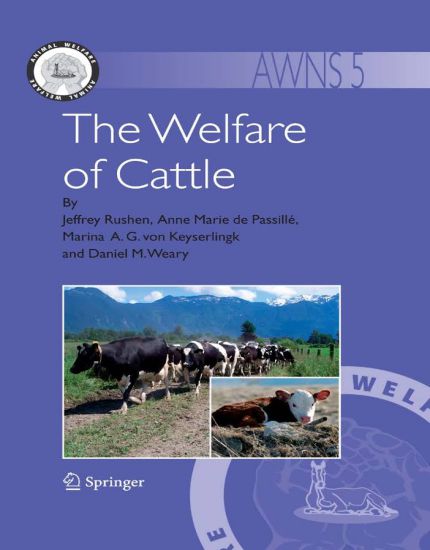 The increased attention given to farm animal welfare in the West derives largely from the fact that the relentless pursuit of financial reward and efficiency has led to the development of intensive animal production systems that challenge the conscience of many consumers in those countries. In developing countries, human survival is still a daily uncertainty, so that provision for animal welfare has to be balanced against human welfare.

Welfare is usually provided for only if it supports the output of the animal, be it food, work, clothing, sport or companionship. In re- ity, there are resources for all if they are properly husbanded in both developing and developed countries. The inequitable division of the world’s richest creates physical and psychological poverty for humans and animals alike in many parts of the world. Livestock are the world’s biggest land user (FAO, 2002) and the population is increasing rapidly to meet the need of an expanding human population. Populations of farm animals managed by humans are therefore increasing worldwide, and there is the tendency to allocate fewer resources to each animal.

In this volume four of the world’s leading scientists in the field, Drs Jeffrey Rushen, Anne Marie de Passillé, Marina von Keyserlingk and Dan Weary, present a challenging account of the welfare issues facing dairy and beef cattle. Drawing on their detailed knowledge of the behavioural and physiological correlates of welfare in cattle, they provide an account of the major issues facing one of the most important of agricultural species.

With the growing pace of knowledge in this new area of research, it is hoped that this series will provide a timely and much-needed set of texts for researchers, lecturers, practitioners, and students. My thanks are particularly due to the publishers for their support, and to the authors and editors for their hard work in producing the texts on time and in good order.

Ophthalmology for the Veterinary Practitioner: Revised and Expanded