Previous Post
Electrocardiography of the Dog and Cat: Diagnosis of Arrhythmias 2nd Edition 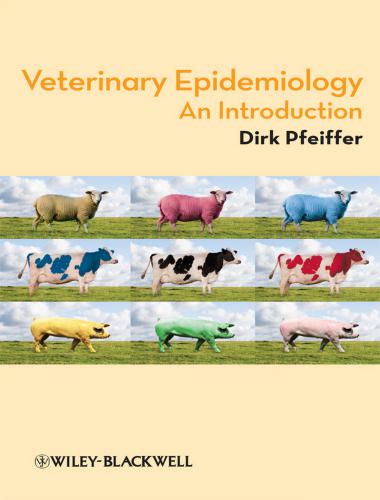 epidemiology to undergraduate veterinary students at Massey University, Palmerston North, New Zealand. During this time, the lecture notes were compiled into a book which was made available for free download through the Internet. The digital book has been translated into Thai, Serbian, Japanese and Spanish language, and possibly others unbeknown to me. It was reviewed and challenged by the large number of postgraduate students that I have taught since 1992 as well as many colleagues that used it around the world. Still, any errors in the previously available digital and the current book are completely my responsibility. The current book is an almost complete rewrite of the digital version of the book taking into account new developments and changes in terminology.

The aim of this book is to provide a general introduction to veterinary epidemiology for anyone interested in the subject area, including under- and postgraduate veterinary students, as well as animal health professionals involved in disease control at farm, national or international level. It is deliberately kept short on detailed examples, so that it allows a quick introduction to most of the important concepts and methods. Suitable references are provided in the text to further information on specific topics, including other veterinary epidemiology textbooks such as the ones authored by Dohoo et al (2003), Houe et al (2004), Noordhuizen et al (2001), Smith (2006) and Toma et al
(1999). The definitions and notation used in the current text are largely consistent with the textbooks by Rothman et al (2008b) and Dohoo et al (2003).

The book content is organised using a similar sequence of steps as one might use during the planning and analysis of epidemiological research. Following the introductory chapter, the second chapter describes the general concepts of veterinary epidemiology with a particular emphasis on causation. The third chapter deals with various methods for quantifying disease risks and rates. Chapter 4 covers the topic of study design leading on to chapter 5 which introduces measures of effect.

Issues of bias and statistical analysis are discussed in Chapter 6. Sampling of animal populations is fundamental to good study design and implementation, and this is dealt with in chapter 7. An area where most veterinarians will have to deal directly with risk and uncertainty is diagnosis. Chapter 8 discusses methods that allow improved interpretation of diagnostic tests. The final chapter 9 is a brief introduction to epidemiological concepts in the context of disease control and eradication.

Next Post
A Guide to Equine Joint Injection and Regional Anesthesia