Veterinary Reproductive Ultrasonography covers all of the most important domestic large and small animals and is a comprehensive and uniquely illustrated account of veterinary gynecologic examination and reproduction. 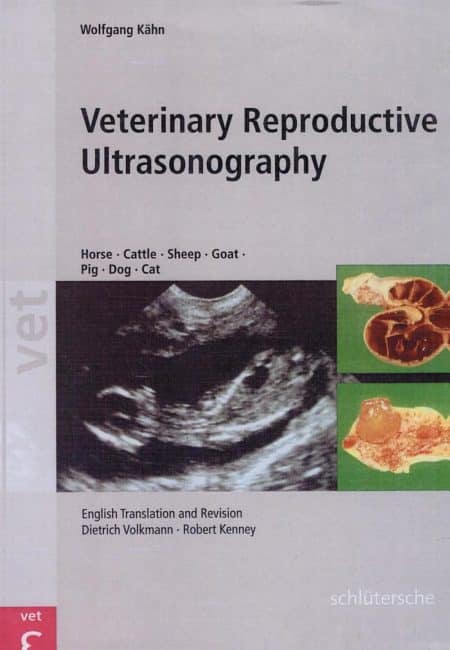 ln 1994, when the first edition of Veterinary Reproductive Ultrasonography was published, ultrasound imaging was considered to be just a supplementary diagnostic tool. The technique was 001 widely used at that time and was often only employed when more conventional diagnostic tools were considered to be inadequate. ln the meantime, diagnostic medical sonograpby has advanced to being a basic tool used in a variety of physiological and pathological reproductive conditions in the horse, cow, small ruminants, pig, dog and cal Ultrasound imaging has found its way into routine veterinary practice for early pregnancy recognition in domestic animals, for improved ovarian diagnosis, and for a better detection of pathological changes in the uterus.

The extensive implementation of diagnostic medical sonography brought with it a great need for specialist literature and as a consequence, the first edition of this book was quickly sold out Both veterinary surgeons and students have frequently requested that it should be reprinted or a new edition published. Looking through the first edition, it could be recognised that the book’s contents have remained up-to-date. Even though there has been an enormous increase in knowledge about reproductive processes during the more than two decades of ultrasound imaging, the pertinent basic scientific knowledge had already been included in the first edition, and this bas retained its validity. Therefore, the publisher and author have mutually decided to reprint the first edition without changing any of its contents.