Wolves and Dogs: Between Myth and Science

Wolves and Dogs: Between Myth and Science 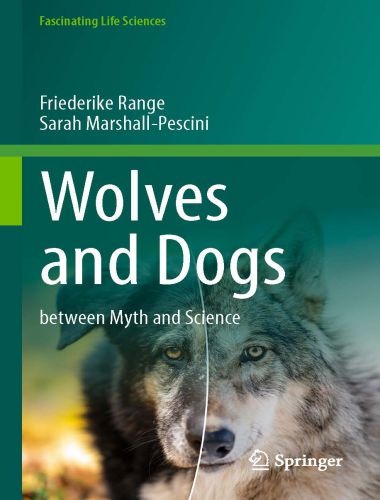 Various parallels have been drawn between wolves and humans from the perspective of their social organisation. Therefore, studying wolves may well shed light on the evolutionary origins of complex human cognition and, in particular, on the role that cooperation played in its development. Humans closely share their lives with millions of dogs – the domesticated form of wolves. Biologically, wolves and dogs can be considered to be the same species; yet only dogs are suitable living companions in human homes, highlighting the importance of cognitive and emotional differences between the two forms.

The behaviour of wolves and dogs largely depends on the environment the animals grew up and live in. This book reviews more than 50 years of research on the differences and similarities of wolves and dogs. Beyond the socio-ecology, the work explores different theories about when and how the domestication of wolves might have started and which behaviours and cognitive abilities might have changed during this process. Readers will discover how these fascinating animals live with their conspecifics in their social groups, how they approach and solve problems in their daily lives and how they see and interact with their human partners.4r