Avian Brood Parasitism, Brood parasitism has become one of the most flourishing areas of research in evolutionary ecology and one of the best model systems for investigating coevolution. 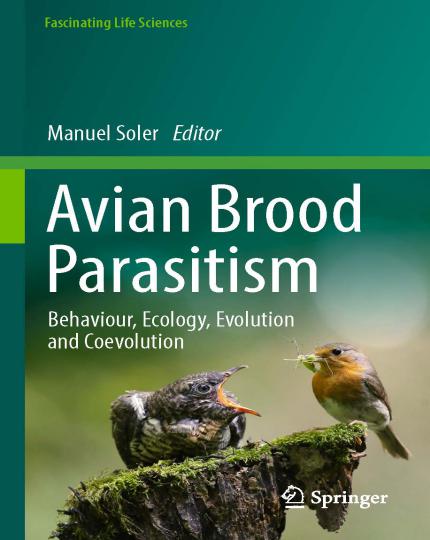 This subject has undergone remarkable advances during the last two decades, but has not been covered by any book in the 21st century.

This book offers a comprehensive and up-to-date overview of the fascinating field of avian brood parasitism. The topics covered include conspecific brood parasitism; evolution and phylogenetic history of avian brood parasites; parasitic behaviour used by brood parasites; adaptations and counter-adaptations of brood parasites and their hosts at every stage of the breeding cycle (before laying, egg, chick and fledgling stages); factors affecting the evolution of host defences and parasitic attacks; the role of phenotypic plasticity in host defences; mechanisms driving egg recognition and rejection; evolution of nest sharing or nest killing by brood parasite chicks; begging behaviour in parasitized nests and food delivery by host adults; and recognition of conspecifics by juvenile brood parasites. This volume provides a comprehensive reference resource for readers and researchers with an interest in birds, behaviour and evolution, as well as a source of hypotheses and predictions for future investigations into this dynamic subject.

A female laying eggs in the nests of other females of its own or a different species avoids laborious and costly parental care. This behaviour has frequently been reported in conspeciﬁc nests, although there are only about one hundred obligate avian brood parasites. Why? Probably because many host species have evolved efﬁcient defences. They are able to recognize an adult brood parasite as an enemy and attack it, and they can also recognize and reject parasitic eggs, chicks or ﬂedglings.

This means that to be a brood parasite is not easy. However, in the coevolutionary arms race involving brood parasites and their hosts, brood parasites in turn can evolve ingenious and often efﬁcient counter-defences such as rapid and secretive laying behaviour, nearly perfect egg mimicry, destruction or removal of host eggs, revenge killing of host young, manipulative begging behaviour or chick and ﬂedgling mimicry.

This book covers the major areas of brood parasitism in 30 chapters written by an authority or authorities in each area, thereby offering a broad survey of a diverse array of topics and perspectives concerning the behaviour and ecology of brood parasites, but, especially, of the coevolutionary arms race between brood parasites and their hosts. Each chapter starts with an abstract and ends with a section containing concluding remarks and recommendations for future research, which identify crucial gaps in our knowledge on the subject and the major questions that need to be addressed in the near future.