Knowledge regarding avian cellular immunity has expanded rapidly over the years. It is a well-established fact that cell-mediated immunity plays a major role in the defense against neoplastic and non-neoplastic diseases in chickens. 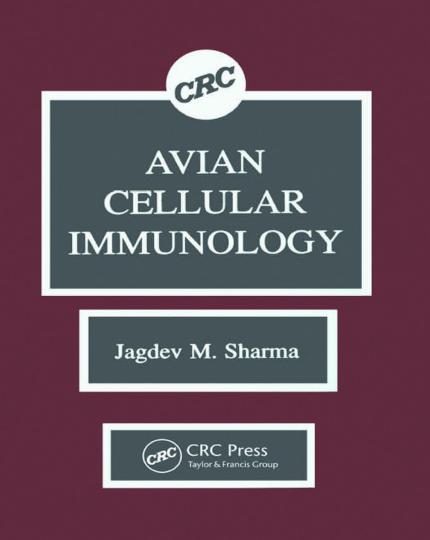 This book compiles the information on various aspects of avian cellular immunity. The knowledge on avian cellular immunity has expanded rapidly within the last few years. It is now well accepted that cell-mediated immunity plays an important role in defense against neoplastic and non neoplastic diseases of avian species. New data continue to accumulate as reproducible in vitro systems to assay immunity are adopted by an increasing number of laboratories. The advent of hybridoma technology has generated useful monoclonal antibody reagents that react against surface markers of avian lymphocytes.

The use of these reagents has contributed significantly to new knowledge on the ontogeny and functional diversity of chicken lymphocytes. It has become apparent that surface markers and effect or functions of lymphocytes known in the mammalian species are well conserved in birds. Some of the genes coding for lymphocyte surface marker proteins share sequence homology between mammals and birds.

Much of the work in avian immunity has been done with the chicken. Other members of the avian species have not been examined in adequate detail, and it remains to be seen if interesting comparative differences exist in the immune mechanisms within the species.

This book comes on the heels of several publications based on proceedings of symposia on avian immunity and a recent two-volume. Avian Immunology: Basis and Practice, edited by Auli and Paavo Toivanen. Each of these publications has unique qualities. The Toivanens’ excellent book, in particular, is a pioneering effort in compiling extensive emerging knowledge on diverse aspects of avian immunology. The present volume, in comparison, has a narrow focus on cellular immunity.