Veterinary medicine is an interdisciplinary field, the goal of which is to minimise the impact of animal diseases through both prevention and treatment. In view of the growing issue of antimicrobial resistance, it has become more important than ever to not only focus on treating disease but also on maintaining the health of animals and avoiding the introduction or development of diseases. 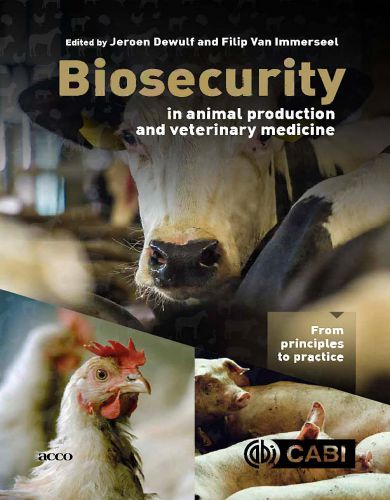 Biosecurity is defined in the OIE Terrestrial Animal Health Code as a set of management and physical measures designed to reduce the risk of introduction, establishment and spread of animal dis-eases, infections or infestations to, from and within an animal population. These preventive, non-medication-based measures are relevant for the maintenance of animal health, and by extension, of food production, food safety, and biodiversity.

Furthermore, the principles of biosecurity are necessary not just for limiting the spread of pathogens between animals, but also from animals to humans and from humans to animals. This integrated approach is well known as the ‘One Health’ concept, which recognises that human health is intrinsically linked to animal health and the environment. In accordance with this concept, biosecurity is a holistic concept, whereby disease prevention strategies applied to the protection of animal health also serves to preserve the environment and protect human health. Download: Veterinary Infection Prevention and Control

The book is a practical guide that can be used by farm and animal facility managers, consultants, veterinarians, animal caretakers, and people with an interest in the prevention of diseases in animals. Academics and students will also benefit from this comprehensive compilation on animal biosecurity. This book contains fundamental information that anyone involved in animal biosecurity should be aware of, and it will contribute to the prevention of diseases in animals and humans while preserving the environment.