This book Veterinary Cytology offers a state-of-the-art, evidence-based reference to all aspects of veterinary cytology. Truly multidisciplinary in its approach, chapters are written by experts in fields ranging from clinical pathology to internal medicine, surgery, ophthalmology, and dermatology, drawing the various specialties together to create a comprehensive picture of cytology’s role in diagnosis and treatment of animal disease. 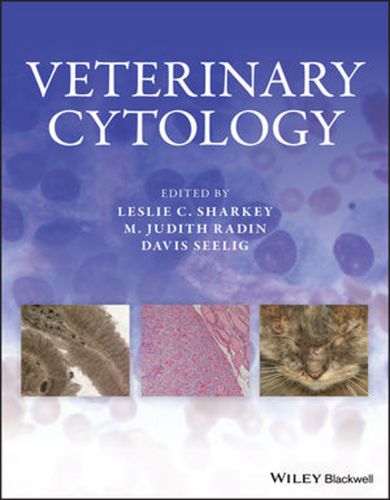 Firmly grounded in the primary literature, the book focuses on companion animals, with special chapters for species with fewer publications. Chapters are logically organized by body system, with additional chapters on tumors of particular import and diagnostic decision making.

From its conception, this text was developed to be an evidence‐based complement to the range of excellent, albeit species‐restricted, published cytology atlases. Although rich in figures, this text is not intended to be a comprehensive atlas, but rather a more traditional text-book in which the editors and an international team of esteemed authors pull together an expansive and enlarging body of veterinary cytology literature.

In the spirit of comparative medicine and pathology, we sought to represent as complete a range of species as possible, although there are a few omissions that we hope to address in future editions. A second goal of the text was to introduce, often through coauthorship, perspective from the clinicians with whom we work so closely. We feel this approach adds depth, con-text, and a new and unique dimension to the presentation and interpretation of the cytology material.

The book Veterinary Cytology contains 66 chapters divided into 16 parts. The first two parts are technique focused, while the sub-sequent 11 parts are organ/tissue based. The content in these chapters predominantly reflects what is known about the canine, feline, and equine species, in which the cytology literature is most robust.

This content is followed by parts on non‐traditional species, including exotic companion mammals, rabbits, cattle, camelids, non‐human primates, reptiles and birds, amphibians, fish, invertebrates, and sheep and goats. The last part highlights some unique features of the applications of cytology in industry settings.

This is followed by chapters on non-traditional species, including exotic companion mammals, rabbits, cattle, camelids, non-human primates, reptiles and birds, amphibians, fish, invertebrates, and sheep and goats. The last section highlights some unique features of the applications of cytology in industry settings.

Veterinary Cytology is an essential resource for clinical and anatomic pathologists and any specialist in areas using cytology, including veterinary oncologists, criticalists, surgeons, ophthalmologists, dermatologists, and internists.

Diagnostic Imaging of Dogs and Cats

1 Pests and Parasites of Horses