Bovine Medicine: Diseases and Husbandry of Cattle 2nd Edition, It is now about ten years since the ﬁrst edition of Bovine Medicine was published. 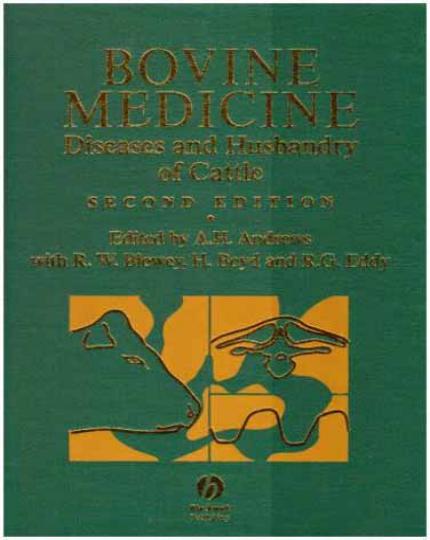 While it was originally anticipated that it would be used mainly in Britain and Europe, it is pleasing to note that a good proportion of the sales have been in other parts of the world. In recognition of this, more emphasis has been placed on conditions and their treatment in areas other than temperate regions.

Additionally, a new section gives an insight to the differences in bovine medicine as practised in various parts of the world.

Almost all parts of the book have been updated or completely rewritten. There are some new chapters, including one which integrates the various problems which occur in cattle, another on basic surgical techniques and others on artiﬁcial insemination and embryo transfer. An effort has been made to encompass all the main subjects which occur in the husbandry and dis-eases of cattle.