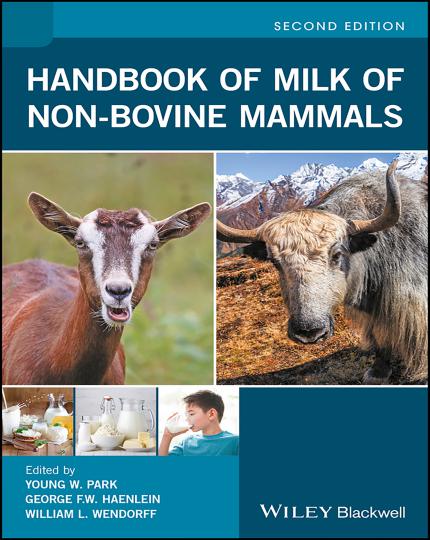 This Second Edition, after reviewing and updating the First Edition has added the milk of donkeys, zebu, and mithun species. Since 2006 much new information from research with these species has become avail-able and two significant new publications from the international Food and Agriculture Organization in Rome, Italy (Kukovics, 2016; Muehlhoff, Bennett, and McMahon, 2013), have added emphasis on the importance of non-bovine domestic species for providing people in areas of difficult climate and geological conditions with essential nutrition and sustainance. “There is huge scope for developing other dairy species … and that alpaca, donkey, moose, reindeer and yak milk should be used to counteract high cow milk prices …” in the developing world (Muehlhoff, Bennett, and McMahon, 2013) has been stated in this latest authoritative FAO publication.

Dairy goats in particular have led in increasing numbers (66% during the last 20 years world-wide versus 14% for dairy cattle), because they are profitable for poor households by valorizing low quality forage, tolerate water shortage, and enhance rangeland biodiversity (Kukovics, 2016). Non-bovine commercial dairy products mean the reality that in many parts of the world the Western ideal milk-producing cow needs help from other domestic mammals, which are better adapted to adverse conditions of climate and geological environmental conditions.

The knowledge of their productivity and composition of their products has not been published much in the Western world and non-Western scientists working with these mammals have not been heard much in the English literature. This Handbook, however, aspires to amend this situation by focusing on these other important milk-producing domestic mammals, the value of their products, and their future potential. As the FAO book stated, “there is huge scope for developing other dairy species …” (Muehlhoff, Bennett, and McMahon, 2013).