Nutrition and Feeding of Organic Poultry

Nutrition and Feeding of Organic Poultry, Organic poultry production Has increased significantly in recent years in response to increasing consumer demand for organic eggs and meat.

Nutrition and Feeding of Organic Poultry 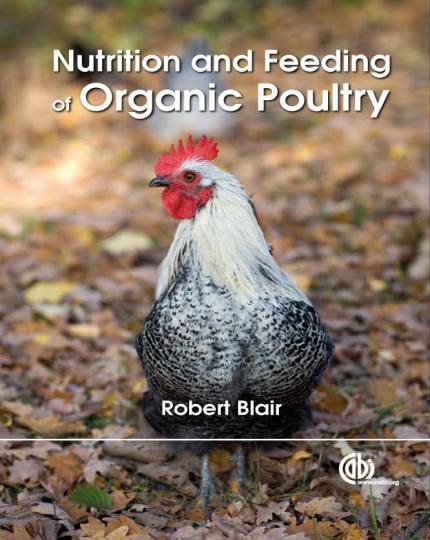 Nutrition and Feeding of Organic Poultry is the first comprehensive text on feeding organic poultry; presenting advice on selecting suitable ingredients, preparing appropriate feed mixtures and integrating them into organic poultry production systems.The international standards of organic feeding, the species and breeds of poultry most suitable for organic farming , up-to-date information on the nutritional requirements of poultry, and examples of diets formulated to organic standards are all discussed.

Organic farming can be defined as an approach to agriculture in which the aim is to create integrated, humane, environmentally and economically sustainable agricultural production systems. Thus, maximum reliance is placed on locally or farm-derived renewable resources. In many European countries, organic agriculture is known as ecological agriculture, reflecting this emphasis on ecosystem management.

It is clear that the idealism set out initially in the principles of organic agriculture has had to be tempered by practical considerations. The standards adopted have to aim for a balance between the desire of consumers for organic products and considerations of ethical and ecological integrity and the practical and financial needs of producers. As a result, synthetic vitamins are now allowed in organic poultry feeds, with some restrictions.

Another effect of the current regulations is that some organic diets in use do not meet the standards that some authorities seek to achieve. Several of the regulations are open to interpretation, derogations have had to be introduced in a number of countries to cope with shortages of organic feed stuffs (some to be in effect until 2011) and synthetic vitamins have had to be allowed. FDA-approved forms of vitamins and minerals are allowed in organic diets in the USA even though they may not be considered natural substances or appear on the national list of Synthetic Substances Allowed for Use in Organic Production.